Is Your Company Ready For Obama’s Executive Action? 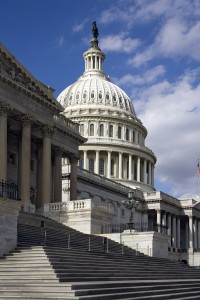 In the Wake of President Obama’s Executive Action which will give around 5 million people work authorization, companies will need to make decisions about what to do when newly work-authorized employees come forward to correct their W-4 and I-9 paperwork.

As a result of President Obama’s Executive Action announced in November millions of undocumented immigrants will have the chance to come out of the shadows and obtain legitimate work authorization documents, driver’s licenses and social security cards. There is certainly a chance that the program may be slowed or stalled by litigation or legislation, but it would be unwise for corporate America to ignore the issue and not create a contingency for the scenario that the Executive Action or something very similar will be implemented soon.  Many industries in the United States such as construction, agriculture, manufacturing and hospitality rely on a largely undocumented workforce.

Most of these employers have at least gone through the motions of the I-9 process that requires the employer to check the identity and work authorization status of all new employees, both US Citizens and non-Citizens.  However, for a variety of reasons millions of undocumented workers have still been able to slip through the cracks and obtain jobs in the United States.  Setting aside the employers who avoid the I-9 process completely and pay employees with cash, there are many more cases of companies who have facially valid I-9s on all or most employees but know, based on the industry and demographics of the local community, there must be a certain percentage of the workforce who completed the I-9 with either false documents or real but stolen identities.

In addition to the well known laws that require employers to check the identity and work authorization of new employees, there are also laws that strictly forbid discrimination based on nationality, citizenship status or ethnic background.  Employers may not, for example, ask an individual with an ethnic sounding name or someone who appears to be from a certain ethnic group to produce extra documents.  Asking for too many documents in the I-9 process, or “over-documentation”, is a blatant form of discrimination and may subject offending companies to a federal investigation, fines and penalties.

Many companies have known for years that they are sitting ducks and they have been relying on a workforce that has a certain percentage of illegal workers.  These companies dread an “audit” of their workforce, not because they do not have facially valid and complete I-9’s but because they believe that at the end of the audit the federal authorities will ask them to terminate a significant percentage of the workforce that is deemed to be undocumented.  Without the employees to build homes, harvest crops, manufacture widgets or wash dishes many of these companies will not be able to fulfill their contractual obligations, will lose money or possibly be forced to shut down, which would force a lay-off of numerous U.S. workers as well.   For lack of a better word companies and industries that rely on undocumented workers may be called “Undocumented Dependant” or “UD”.

What should UD companies do when an employee tells them that he or she used a false identity or false documents to obtain a job?  Certainly most companies have a policy that would require them to terminate anyone who had lied about a material issue in the hiring process. Of course, if this were to only apply to one individual, this may be okay. But, the reality of the matter is that UD companies may lose a large percentage of the workforce if they cannot come up with a “corporate amnesty” to match the President’s Executive Action.  At the same time, whatever policy is developed must be applied consistently.

There are numerous approaches or policies that can be considered.  A strict policy would be to simply terminate all employees who at any time admit to fraud in hiring or in the I-9 process.  On the other side of the spectrum, would be an all-forgiving approach in which an employer would allow a correction of the record without interruption of the employment status.  A middle-of-the-road approach that might be considered is to immediately terminate anyone who admitted to fraud in the application, hiring and I-9 process, however allowing them to re-apply for a job under his or her new correct identity. Companies should consult with both immigration counsel and labor and employment attorneys in proactively setting up policies to deal with these emerging issues.

Home > I-9 > Is Your Company Ready For Obama’s Executive Action?