About the Business Immigration Law Firm of Mark A. Ivener, A Law Corporation 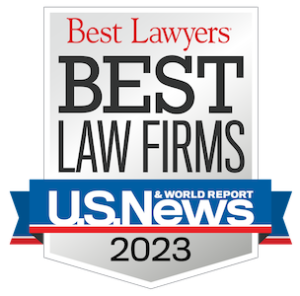 MARK A. IVENER, A LAW CORPORATION has a global immigration practice with its principal office in Los Angeles, California. Members of our staff are fluent in Chinese and Farsi.

Representing domestic/international companies and individuals in all business immigration matters, MARK A. IVENER, A LAW CORPORATION works to open doors for clients ranging from Fortune 500 corporations to movie stars. The scope of work includes representation of foreign executives, managers, investors, professionals and entertainers for temporary and permanent visas.

The global economy has raised the stakes in immigration law. Domestic companies face a shortage of employees with critical expertise. Overseas businesses expand by transferring key executives and managers to their U.S. operations. Many of these companies and individuals turn to MARK A. IVENER, A LAW CORPORATION to facilitate and handle any obstacles to their work visas and permanent residence in the U.S.

Quotes from Peers and Clients from Who’s Who Legal

“Mark is one of the most renowned corporate immigration attorneys in the United States”
“I have been working with Mark for nearly 25 years, and consider him to be the best in this field”
“Mark stands out for his expertise, responsiveness and internal knowledge of how the immigration system works for US businesses, particularly in the entertainment industry”
“He is a well-respected author who has written and published several books including Handbook of Immigration Law”
“The best corporate immigration lawyer”
“I wholeheartedly recommend Mark Ivener and his office in Los Angeles”
“A go-to lawyer who is big on the EB5 side”
“Mark is an experienced and graceful practitioner”
“He provides personalised one-on-one advice”
“Mark provides current and cutting-edge solutions”
“He is an excellent lawyer”
“He is an outstanding mentor in immigration law”
“Mark receives positive recommendations”
“The work Mark has done for us has been impeccable”

We also offer global immigration services for U.S. citizens and third country nationals who are transferred to various regions around the world:

Home > About the Business Immigration Law Firm of Mark A. Ivener, A Law Corporation