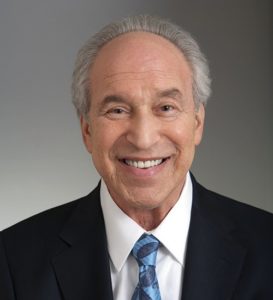 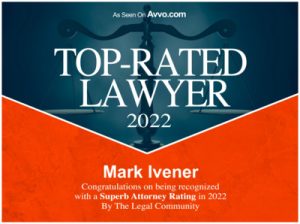 Mark Ivener is recognized as an Avvo.com Top-Rated Lawyer for 2022

His books include Handbook of Immigration Law, Volumes I & II; Doing Business in the USA Under Free Trade; Get the Right Visa; A Complete Guide to Getting An American Visa (in Japanese); and Have You Thought About Immigrating to the US? (in Spanish). In addition, he has authored many articles for such publications as the International Law Journal, the Canadian-American Bar Association Newsletter and Business and the Law.

A leader in his field, Mark Ivener is a founder of the National Consortium of Immigration Law Firms (IMMLAW) and the Alliance of Business Immigration Lawyers (ABIL). He is listed in the Martindale-Hubbell Bar Register of Preeminent Lawyers (Immigration and Naturalization), the International Who’s Who of Corporate Immigration Lawyers, and Best Lawyers.

Chambers is the foremost ranking organization of lawyers and law firms around the world. The following are clients’ and attorneys’ quotes in Chambers about Mark Ivener.

Mr. Ivener was the only immigration attorney named in Citywealth Magazine’s Top 100 Wealth Advisors and Managers in the Americas; Attorney Leaders List, the annual guide to the Most Highly Regarded Figures in Private Wealth Management; and North America’s Leading Advisors Top 50.

Mr. Ivener was quoted in the February 3-9, 2012, edition of New Orleans City Business, in an article on EB-5 investors, “Lawmaker Wants Foreign Investment for Terminal.” In an article about Louisiana state senator A.G. Crowe wanting to use EB-5 investment funds to finance the Louisiana International Gulf Transfer Terminal, currently an idea for a port at the mouth of the Mississippi River, Mr. Ivener commented on potential conflicts of interest that can result if brokers represent regional centers to which they are steering investors. Mr. Ivener noted that it is common to represent both types of clients separately.

Mr. Ivener’s past lectures on EB-5 and other U.S. investment immigration law issues include presentations for the following organizations: 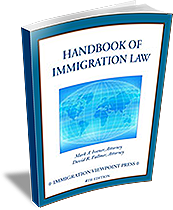 Mr. Ivener is AV® rated by Martindale-Hubbell. He is recognized for his legal immigration work in the following legal directories:

Mr. Ivener has decades of experience in helping immigrants from around the world achieve U.S. permanent residency.