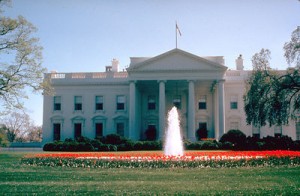 The Obama Administration’s request to lift the injunction that halted crucial parts of the President’s recent immigration reforms was denied Tuesday by a federal appeals court.

In response to a lawsuit filed by 26 states, a Federal Judge ruled in February to place a temporary injunction on the parts of Obama’s executive action which would protect up to 5 million undocumented migrants from deportation. The Obama Administration requested an emergency stay on the injunction, which was heard by the 5th Circuit Court of Appeals. Two of the three judges on the panel decided Tuesday to leave the injunction in place. The judges found the states had sufficient legal grounds to bring the lawsuit and the administration had not shown it would be harmed if the injunction remained in place.

The court’s decision to leave the injunction in place does not mean the end of the President’s executive action programs. Besides the request for an emergency stay, the Administration also filed an appeal of the injunction, which will also be heard by the 5th Circuit. Arguments in the appeal are set to begin in early July.